People. That’s what businesses are made of. They get the daily nourishment they need to grow and compete from the ideas and intuitions that come from people. This is the simple principle that led one man to build an empire: Miguel Rodriguez.

A man whose story is anything but conventional. When he was still a young man, he moved to Barcelona from a tiny town in Andalusia. In 1968 he went further, to Switzerland: “I had a train ticket and four hundred pesetas in my pocket, and not a single word of French”. A risk, the first of many, that would reap more rewards than he could ever have imagined… He went back to Spain in 1977 and his life changed again.

His return to his native country was marked by a casual event. A friend mentioned that since he was living in a country famous for its watches, he should get him one. So, that’s why a jeweller in Geneva offered him a watch for 150 francs. Too much. He managed to persuade the shop owner to settle for 80 francs. When he got back to Barcelona, a banker saw the watch and wanted it, paying the equivalent of 150 francs in pesetas.

Two days later, the banker called him because he wanted more watches. He got on the train to Geneva and went back to the jewellers and bought another 15.

For the next seven weeks, he went back and forth between Barcelona and Geneva, earning more than a year’s wage. He started up by opening a shop in Barcelona and the Swiss jeweller became his partner. In short, it was an incredible success: he sold simple quartz watches, which were hard to find at the time in Barcelona, but with a professional approach, skill and punctual deliveries Miguel Rodriguez son realised that he was not lacking in business sense.

At the start of the Eighties Miguel Rodriguez graduated from being the Spanish distributor to being the owner of the Lotus brand.  In a short space of time all his hard work paid off and he moved from retailing to acquiring the Festina brand.  Over time he then obtained the Jaguar and Candino brands to form the Festina Group.  Today the Group is a leading force in the manufacture and selling of quality timepieces.  Miguel Rodriguez’s management and know how has pushed the Group to the highest point in the watch sector. 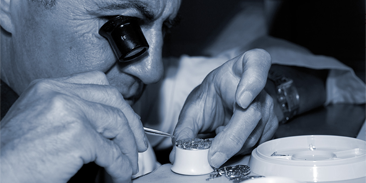 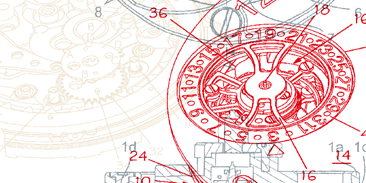 With over 30 years of history, the Festina Group is now one of the giants of the watchmaking sector…

FESTINA IN THE WORLD

Festina Group is one of the world’s leading names in the watch making industry..

Its corporate head office is located in Madrid and the logistics centre is based in Barcelona. The company was founded in the 1980’s. It currently produces five different brands of watches for the high street market (Festina, Lotus, Candino, Jaguar and Calypso) and two brands of jewellery (Lotus Style and Lotus Silver).

MARKETS IN THE WORLD

SUBSIDIARIES IN THE WORLD